It’s amazing what a great location can do for a great business. Solid Rock Steel recently celebrated 55 years of business. During this time, the metal fabrication business has had a few locations across the region, including Vancouver and Burnaby, but since 1977 they have called the same North Surrey property home for their growing business.

Located at the corner of 177A Street and what was Daly Road at the time (now the Golden Ears Connector), the land was dually zoned and was purchased to be both the Steunenberg family home and the new location of Solid Rock Steel. When founders Benny and Grace Steunenberg purchased the land, their eldest son Peter Steunenberg thought of it as being in the middle of nowhere, “but that’s the boondocks!” he remembers thinking. Little did he know, years later he would put his own blood, sweat, and tears into keeping his business on the property.

Benny & Grace Steunenberg maintained ownership of Solid Rock Steel for 43 years and in 2008, they transferred company ownership to Peter and his wife, Pamela. Shortly after, the Province of British Columbia started the process of land expropriation to widen what would become the Golden Ears Connector, linking the new Golden Ears Bridge to the planned South Fraser Perimeter Road (Highway 17). With expropriation, one of the biggest questions was: ‘where should Solid Rock Steel be located?’.

During their extensive search, one thing became quickly apparent for Peter and his team: no other location was going to provide the efficient access that their current one did. Positioned right off Highway 17, Highway 1, and Highway 15, Solid Rock Steel had far superior drive times across the region than any other location. “I looked at quite a few different places and realized that between staff, suppliers, and where we did our business in Vancouver, there were many different factors that made me go: this is the place to be.” Peter recalls. It became apparent how much the location had contributed to the success of the business over the years, saving money while increasing employee satisfaction.

The long and painful expropriation process with the province was completed in 2018. It resulted in the loss of over 2 acres of industrial property, but in May 2017 the Golden Ears Connector officially opened and has since become a blessing in disguise for Solid Rock Steel, increasing the location’s access even further.

During their search for a new location, it was also determined that Solid Rock Steel wanted to upgrade their facility. They decided to build a new shop on the eastern portion of the property and then subdivide and sell off the western portion, where the shop currently sat. Frontline Real Estate Services (Frontline) was engaged during this time to advise on market dynamics, guiding the ‘when and how’ of selling the western portion of the site. “You can sell a property at many different stages of a process like a subdivision, depending on the goals of the seller and any lending requirements for the work that needs to be completed,” says Todd Bohn, industrial sales and leasing expert at Frontline. In the case of Solid Rock Steel, it was decided to see the subdivision process through so that as many details as possible could be provided to potential buyers, including many planning and geotechnical aspects.

Starting in late 2020, Solid Rock Steel officially moved into their new building at 17850 Golden Ears Connector. The old shop and outbuildings were demolished by Summer 2021, with the subdivision process well underway. In June 2022 the subdivision was finalized and the property was brought to market by Frontline. “I am excited to see who ends up next door.” says Peter, “I think whoever ends up with this piece of property is going to be extremely happy with the location. We’ve set them up very well with a nice two-acre parcel of land close to residential, yet close to feeder routes.” Click here to learn more about the property listing.

Solid Rock Steel is continuing to enjoy the benefits of the location in their new facility; you can learn more about what they are working on at solidrocksteel.com. 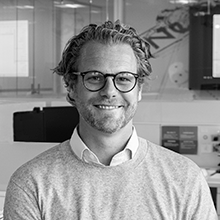 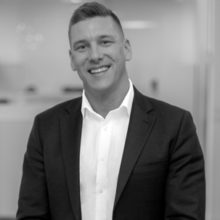