The planned SkyTrain extension and Official Community Plan (OCP) update have prompted a renewed interest in Langley City from developers and investors over the past couple of years. As a result, the landscape of the Langley City market is rapidly developing. The City has been very supportive of new development while also actively working to attract new businesses. This has translated to developers encountering far fewer hurtles and cost-prohibitive charges than in neighbouring municipalities. Now, the velocity of development in the area is gearing up and those developers and investors wanting to “get in on the ground floor” are realizing that they are already falling behind.

The below development application and transaction stats showcase the level of market activity Langley City has seen over the last 12 months. While the majority of the current developments are low-rise residential, it’s important to remember that the commercial and residential markets are linked as an increase in population means increased demand for amenities, services, and entertainment options. All of which will require commercial space.

All these factors mean that we are seeing property values increase in Langley City. This is due in part to increased demand but also the increased density planned for particular properties in the updated draft OCP. A property’s land use designation greatly impacts the property’s value in the eyes of a developer or investor. If you would like to learn more about this, feel free to reach out.

Langley City is working to update the Official Community Plan and Zoning Bylaw to help shape the community, including future development. One of the main drivers of this updated plan is the new Surrey-Langley SkyTrain which will bring rapid transit from Surrey City Centre, along Fraser Highway, and into the downtown core of Langley City.

The draft Official Community Plan is now available on the City’s website. The next phase of the planning process will include making the final adjustments to the OCP and Zoning Bylaw so they can be guided through a Bylaw adoption process with City council.

The Official Community Plan includes a draft land use plan outlining the future development potential of each property within the plan. As we mentioned above, the designation of your property will impact its future redevelopment potential and thus its value in the eyes of an investor or developer. If you’d like to learn more about this, don’t hesitate to reach out.

Stay in the know.

If you have any questions regarding commercial real estate or development in Langley City please don’t hesitate to contact me. 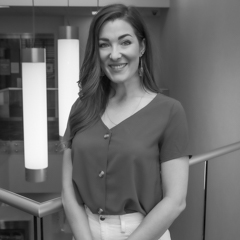