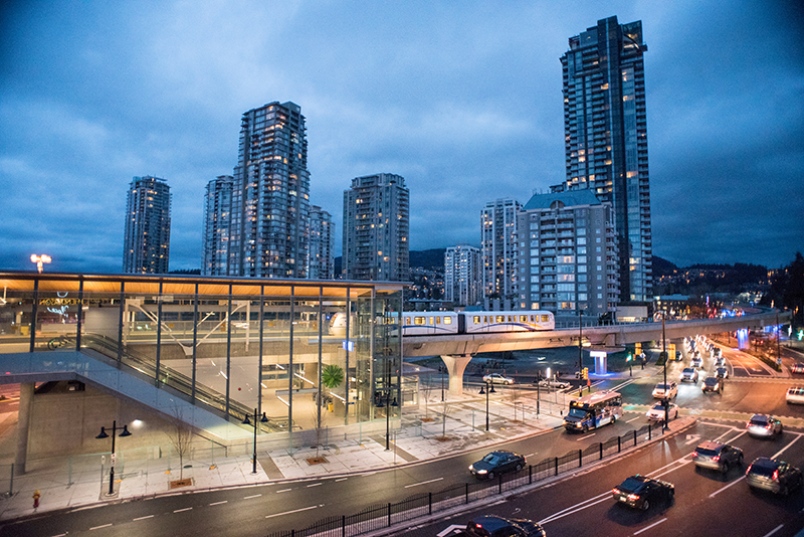 On November 28th the local development community gathered for a UDI breakfast event to hear from the City of Coquitlam regarding the City’s plans to accommodate the influx of an anticipated 84,000 new residents to the municipality in the next 30 years.

The group echoed the sentiment of the headline of the event, “Open for Business”, by outlining many of the reasons why Coquitlam is a great place to invest. The panel highlighted some of the strategic opportunities that have come about with the updating and adoption of several new community plans as well as explained a number of the principles used to guide the Planning Department’s decisions during their rigorous approvals process. The speakers said that by focusing on win-win outcomes and taking a “middle of the road” approach to their work, the planning department has been able to facilitate a remarkable 98% approval rate once the projects are put to a vote by Council.

The proactive approach taken by city staff has contributed to building strong working relationships with the development community, the panel said. What is more, this collaborative approach to the arduous approvals process has helped Coquitlam greatly in dealing with the housing affordability and availability pressures that come along with being the fastest growing community in Greater Vancouver per capita. The contingent of speakers also stressed the importance of investing in liveability alongside this tremendous growth. They cited numerous examples of how Community Amenity Charges from recent developments have been used to improve life in the growing City, including recent upgrades to Town (City) Centre Park, the future community centre in Burquitlam–Lougheed as well as the projected $300 – $350 million from development related amenity contributions to be invested in major projects across the City over the next three decades.

The speakers were quick to credit the arrival of the Evergreen SkyTrain line as a vehicle to progressively tackle affordability challenges in the City. Coquitlam has been able to inject much needed housing supply into the development pipeline very quickly by focusing on streamlining the approval process. This has been done in a number of ways, including the creation of a Transit Oriented Development Application Team, prioritizing unit types that are in high demand and providing incentives to developers in the form of bonus density, parking reductions and even going so far as providing cash grants from the housing affordability fund. Burquitlam alone currently has 6,700 housing units, totalling 5.2 million square feet, currently in the development process. Through various incentives to developers, the City has also made rental housing a priority with close to 1,000 market rental units in the pipeline heading into 2018.

As communities throughout the Lower Mainland contend with challenges stemming from housing affordability, current and anticipated population growth and a growing influence of technology on our daily lives, municipalities will need to take less of a “wait and see” approach to urban planning and development. Coquitlam is clearly ahead of the curve in this regard and will likely remain “open for business” for many years to come.