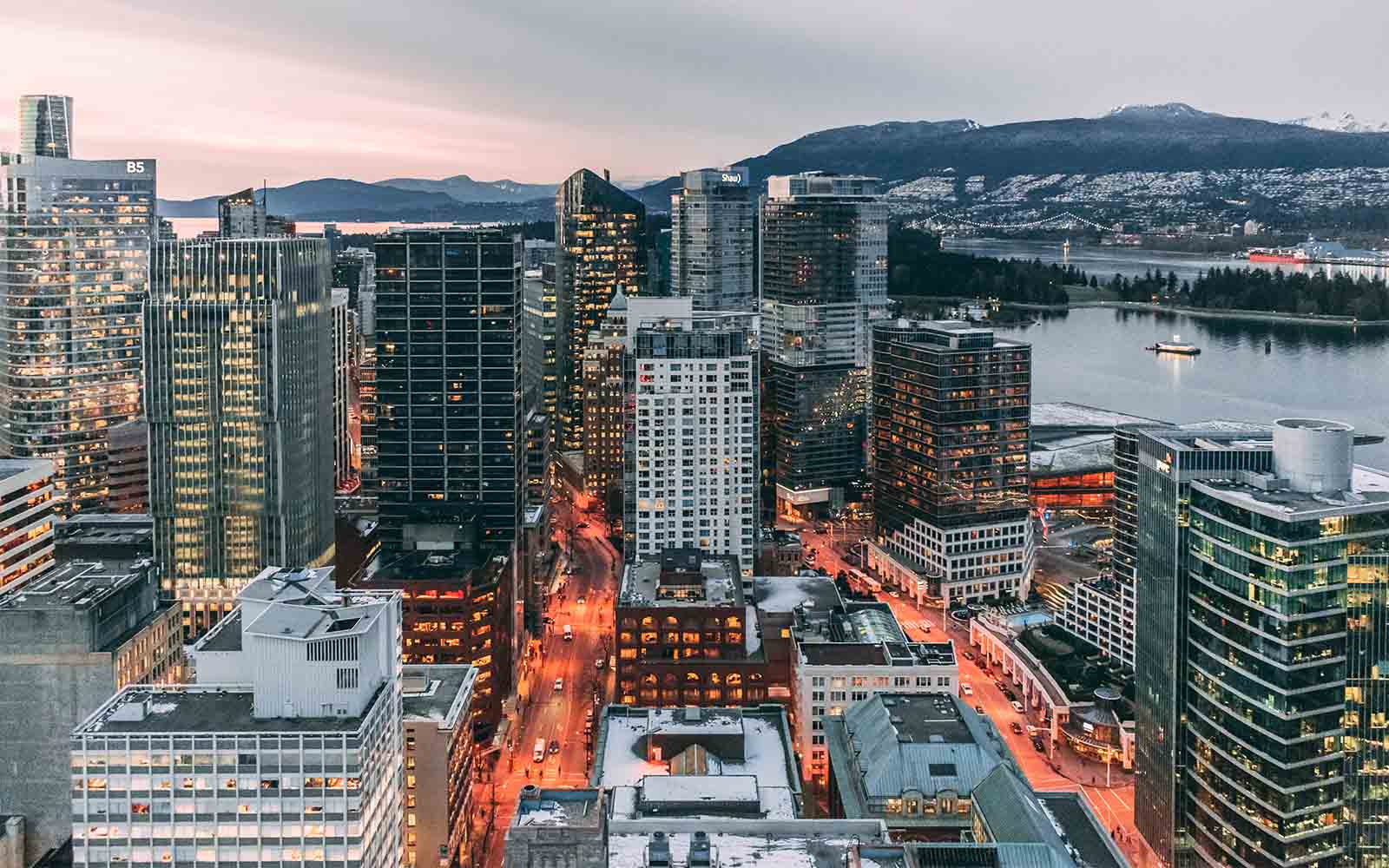 Vancouver has become one of Canada’s most robust real estate markets. Consequently, Vancouver’s cost of living has increased, and Vancouver housing affordability has been labeled unbearable. Yet, it is still one of the most desirable places to live in the world, with a steady stream of new immigrants and residents moving to the city every year and preferring these housing prices. How do we reconcile these two facts?

Vancouver is one of the most expensive cities in Canada. However, if you evaluate Vancouver’s affordability and how it compares to other cities in the US, Western Europe, and Asia (instead of the standard comparison to smaller Canadian housing prices). In that case, you uncover a very different story.

We think this is one common misstep the conversation about Vancouver affordability has taken, comparing Vancouver to the wrong cities.

Vancouver is dramatically less affordable than smaller Canadian towns and cities, but the lifestyle is much more comparable to other global metropolitan cities. In other words, Vancouver has also seen progress in the price-to-income ratio in recent years. Moreover, housing affordability and supply have become a top priority of provincial and federal governments.

In this article, we will cover the following topics:

Before jumping into the specific analysis of Vancouver affordability, let’s define some of the terms we will use. If you have a background in real estate, economics, or similar, you can likely skip this section.

Affordability is measured by examining the average cost of living in a particular place compared to the average household income of the residents. To determine whether or not a person lives in an affordable place, one must first understand their income level and other essential monthly expenses (housing, food, gas/transportation, etc.).

Price-to-income ratio is the value between the price of a median home and the median annual household income in a particular area. The higher the percentage, the less affordable a city is. As the index value rises, Vancouver’s cost of living also increases.

Learn more about how the Price-to-Income Ratio is calculated.

Learn more about how the Affordability Index of Canadian housing prices is calculated.

Vancouver is one of the most expensive cities in Canada, but it’s still cheaper than many other major cities worldwide. This is a significant draw for anyone considering moving here from another country.

Vancouver is home to immigrants from all over the world. The city is currently home to thousands of new legal immigrants who have chosen to stay in Vancouver and become Canadian permanent residents. Specifically, most permanent resident applicants in 2021 were from India, China, the Philippines, Nigeria, and France.

The price-to-income ratio (PIR) and affordability index of major cities in these countries are much higher than Vancouver’s.

To illustrate, Vancouver’s price-to-income ratio is the lowest at only 11.8, making it the most affordable city on the list. This would be an appealing prospect for new immigrants and allow them to have more disposable income and thus a much better quality of life in Vancouver than in their home country.

Specifically, this is a blended ratio and some more costly and unaffordable regions in Metro Vancouver. For instance, Statistics Canada’s newly released analysis, “The highest median PIRs were 17.2 in West Vancouver and 12.2 in Richmond.”

Most importantly, none of these cities surpass the median or are close to the Vancouver affordability index at 1.35. This is making Vancouver the most affordable city on the list once again.

Vancouver is an expensive city to live in and has been for some time. The previous analysis is not intended to defy this. Still, it does show why Vancouver’s reputation is exaggerated and that, in a global comparison, Vancouver is more affordable than we think.

Just so we don’t get called out for cherry-picking data with the previous list of popular cities, we extensively looked at data from Numbeo. In fact, this company collects user-submitted data about living costs worldwide.

Thus, we found some interesting trends regarding housing affordability in Vancouver.

Furthermore, the list goes on and on, so if you want to learn more about the global context and compare the affordability of other cities around the globe, check out the rankings via Numbeo.

Affordability is a huge aspect of why people flock to a city. However, it is not the only one. Vancouver is known for its residents’ incredible quality of life—the area has excellent health care, great schools, and plenty of jobs. Therefore, the impact of this quality of life is reflected in the genuine happiness and fulfillment of Vancouver residents, who report loving their community and feel supported by their neighbors and local businesses.

One measurable way to evaluate happiness is the “life evaluation value,” which looks at the average amount of disposable income. The life evaluation value in Canada is 7.025. To put this into perspective, this gives Canada 15th place in the global “Happiness” rankings, a rating that entails a big part of Vancouver.

In short, Vancouver is an expensive city to live in. That is to say that Vancouver’s cost of living isn’t low. However, for those looking for an urban environment and a high quality of life, it is still one of the best cities in the world.

The analysis of the factors detailed in this article reveals how inexpensive life in Vancouver can be compared to global cities and Canadian housing prices, especially where we see the highest levels of permanent residents move from. Certainly, the cost of living is high, but with higher income levels and more government spending, there’s a possible opportunity to enjoy a much higher standard of living.

Did you find the information and the indexes listed in this article helpful? Would you say that it depicts the reality of Vancouver affordability, or does Vancouver deserve its reputation?